On Friday February 20th I hosted my first dance party here at the library!  I’m currently working on a grant to bring more play into the library, had heard about many libraries offering one, and thought it would be a perfect way to play and move.  After being inspired by some fabulous blog posts from Storytiming, Jbrary, The Show Me Librarian, Storytime with Miss Sara, Thrive After Three, Catch the Possibilities, and Fat Girl Reading I finally felt confident enough to make the dance party happen!

1) “The Tempo Marches On” by Jim Gill from Jim Gill Sings Do Re Mi On His Toe Leg Knee
I wasn’t sure how quickly parents and kids would start dancing, or how comfortable people would feel at first, so I picked this one first because I thought it was an easy movement song that was easy enough for everyone to participate.  You are practically running at the end of the song, so be prepared!

2) “Whatever Dance” by Dana McCarthy from Chocolate Milk and Other Tasty Tunes
I feel like this one was sort of the mission statement for my dance party: “Whatever dance you want to do, it’s good for me if it’s good for you.” 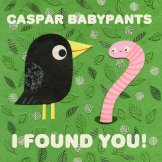 3) “All The Fish” by Caspar Babypants from I Found You!
Caspar Babypants is one of my favorite children’s bands, so I was happy when I saw this title highlighted on Jbrary‘s blog.  As suggested, we pretended to be all the different animals mentioned in the song and swim like they would swim.  Perfect song for breaking our your swim moves.

4) “Robo Dancing” by Money Mark from Yo Gabba Gabba! Music is Awesome!
I thought it would be fun (and funny) to have all the kids show me their best robot moves.

5) “Shake It” by Brother Yusef from Kids Get the Blues Too/Blues for Beginners
Time to break out the shakers!  For each prop I used I wanted to find a song that would just allow the kids to dance freely with it, and then one that they could follow instructions to.  This one was the free dance for the shakers.  Brother Yusef has visited our library many times and he never fails to get toes tapping and shoulders shimmying.

6) “Shake It To the East” by Kathy Reid-Naiman from Reaching for the Stars!
This was the song we used to follow instructions with the shakers.    Especially fun was the little pause part in the middle where everyone stops shaking. 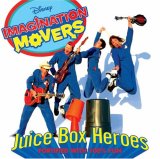 7) “Shakable You” by Imagination Movers from Juice Box Heroes
Moving from shaking the shakers to shaking your body!

8) “Mahna Mahna” by The Frey from Muppets: The Green Album
At this point in the program I was tired, so I decided we needed to have a sit down.  We all sat in a circle and danced only with our arms for this song. 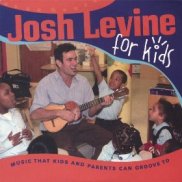 10) “Dancing Scarf Blues” by Carole Peterson from Dancing Feet.
Time to bring out the scarves!  We started with the instructional song first this time. 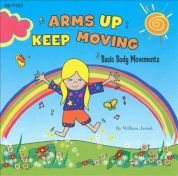 12) “Arms Up!” by William C. Janiak from Arms Up Keep Moving
Another guided movement song.  I wasn’t so sure about this one, but Fat Girl Reading mentioned that it was a great track so I thought I would try it out.  Of course, total success.

13) “Clap It” by Bari Koral Family Rock Band from Rock and Roll Garden
While I’m not exactly sure how to clap my toes, this was a fun one to move along to.

14) “Happy (From Despicable Me 2)” by Pharrell Williams from G I R L
I’d heard that this one was always a hit in family dance parties as well.  Yup, it is.

15) “Goodbye, Goodbye” by Joanie Leeds and the Nightlights from I’m a Rock Star
A nice song to end things with.

HOW IT WENT AND WHAT I LEARNED:

This was a super fun program, but a TIRING one.  I counted this as my workout for the day.  Make sure to wear clothes and shoes that are comfortable to move in.  I am glad I held my dance party close to the end of the day.  If I do a future one early in the day, I may consider bringing an extra change of clothes, just in case.

I wasn’t sure how many people would attend the program and I was waffling regarding where I should hold the dance party.  Our storytime room would have been great, because it has a door that closes so that the sound can be contained.  But, it has large, broad step areas that make the space more like an amphitheater, and I knew we would need plenty of space to move around.  My library recently opened a studio space which is a large open area on our 4th floor.  It has no doors, so the sound carried everywhere, but the flat emptiness made it really nice for everyone to move around.  And since it was just 45 minutes or the noise wasn’t too much of problem.

As the dj I sort of tried to guide the patrons into what dance moves we would do for each song.  “Ok, now we’re going to put on the robot song!  How would you dance if you were a robot?”  I am wondering if this is too limiting, or if it provides needed structure.  Will think about his.

I played everything from my iPad through the wireless speakers we had.  This is awesome and much easier to control than having to deal with a cd player.

I think I am going to have to do one again during our music-themed summer reading program.