This is another adapted from one of our system storyboxes.

MOVEMENT: “Clap Everybody and Say Hello” from Sally Go Round the Sun by Kathy Reid-Naiman 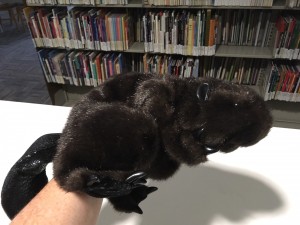 Before starting into the storytime, kids could pet and say hello to a beaver puppet.

MOVEMENT: “Shake My Sillies Out” from More Singable Songs for the Very Young by Raffi

MOVEMENT: Two Little Blackbirds from Fingerplays and Footplays for Fun and Learning by Rosemary Hallum and Henry “Buzz” Glass.

Five little boats went out one day
Out on the river and far away
When the waves began to rock
One little boat returned to the dock.

A Brave Bear by Sean Taylor, illustrated by Emily Hughes 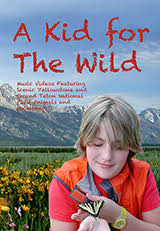 CRAFT: Fish Puppet in a River

The templates for this craft are below:
Fish Puppet Template
River Template

DVD: “Scruffy the Tugboat: Big River Rescue” from The Poky Little Puppy and Friends
Book: Tugboat Bill and the River Rescue by Calista Brill, illustrated by Tad Carpenter
Book: Splash! by Flora McDonnell (they just say that the animals go down to the “water”, so I think you could say “river” instead.)
Book: Solomon Crocodile by Catherine Rayner
Book: The Crocodile and the Scorpion by Rebecca Emberley and Ed Emberley

HOW IT WENT:
I wasn’t sure how Rivers would be as a theme for storytime, but I was pleasantly surprised!  The DVD worked really well too.

* For these songs, please see my page Storytime Movements & Music